*adapted with permission from a blog update, 1st July 2020*

Its been 4months with Bitb now and i thought its time for make some kind of update. Joining the stable was really tough decision for and I was really thinking it through a lot. It was almost impossible back then to see if its +EV for me give a share of profits for someone else when thought I already were somewhat good player already. Wasn’t sure at all if its possible to teach enough stuff to an already winning 200/500 player to make joining good decision. Luckily, decided to join. 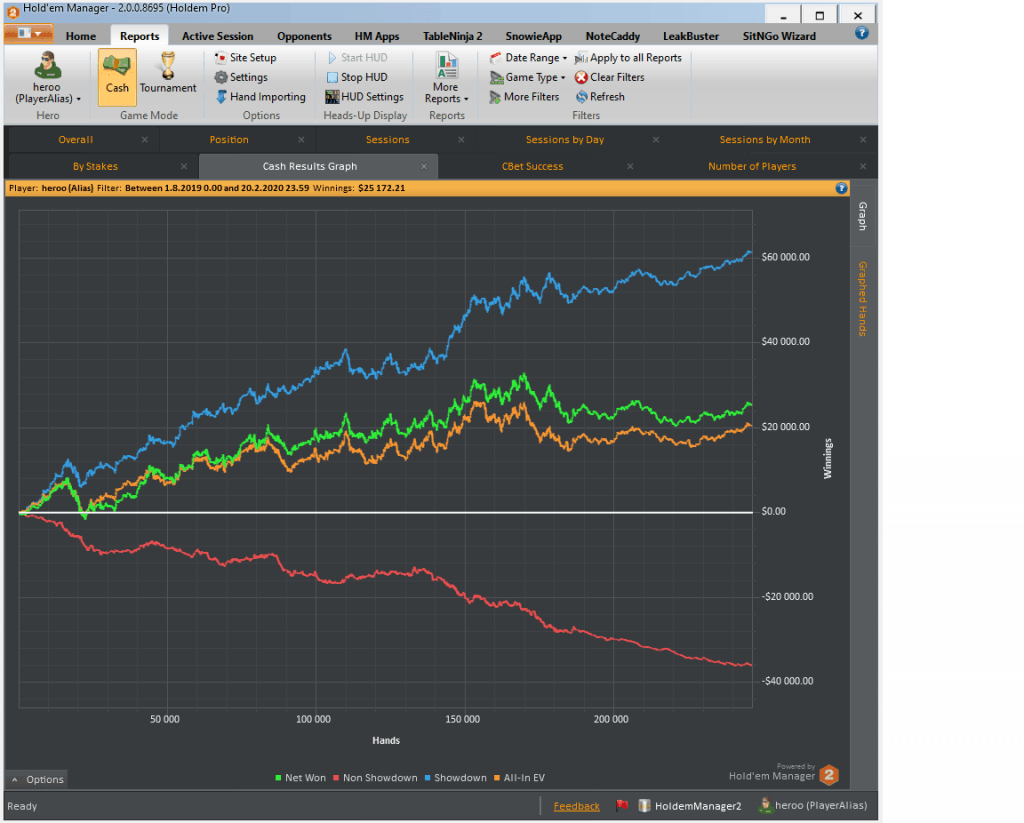 I started with BitB at the end of February and I was struggling a lot in the beginning. I guess played 2months breakeven at the start. I had pretty strict bankroll rules, when to move down to 200, and when to take a shot 500 again. The rule for me was if my bankroll hit X usd I move down to 200, win 10 buyins there and then taking a shot to 500 again. For the first 2 months im pretty sure I won something like 50buyins at 200 and lost 20buyins at 500 or so and had to move down to 200 six times if remember correctly. Not gonna lie, it felt shit since I was sure I definitely would’ve beat these 500 coronagames and just ran bad at higher and sunrunning at lower.

However I think I made hard work during this time with PIO, scripted something like 500 hands during first two months and adapted a lot of stuff to my game. 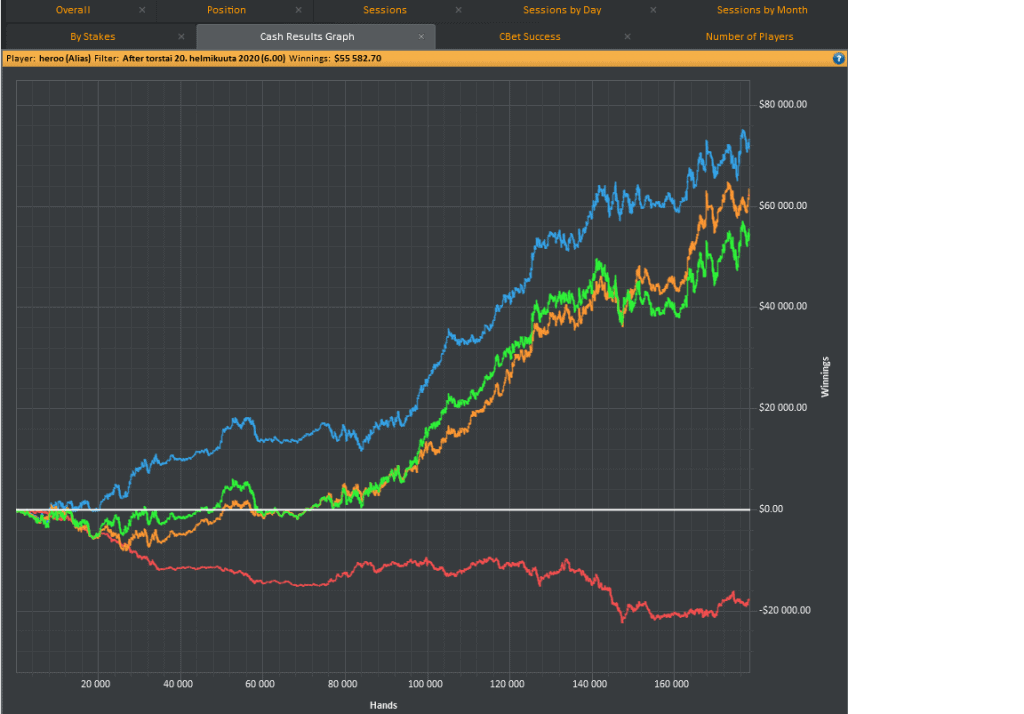 After rough two months I finally had some heat in April and basically left 200 behind. In may I made my best month ever and won 25k and started to take a shot at 1k games. Now been playing 500/1k for two months and my general feeling is im MUCH stronger player than 4months ago. I think im no nit anymore. Hopefully can stay at these limits but I think its always good to prepare mentally to a situation where you have to move down in stakes.

When I started this journey with bitb my goal was definitely to make a breakthrough to higher stakes and I think im on a good way to make it. Hopefully next step is follow G’s footsteps and try 2k at some point. However have seen horrendous downswings last year and mentally prepared to the worst as well. I promise to share some thoughts/results here in the future as well since I think it looks bit stupid if making update only when things are going as planned. GL at the tables guys!

Think bitB Cash is the place for you?